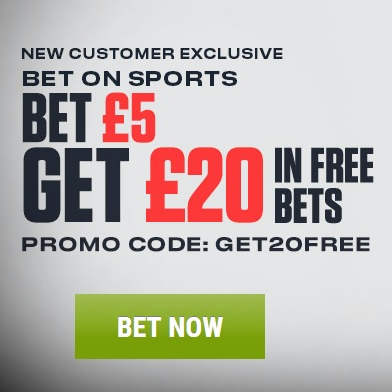 The Grand National is always a special event, but the 2016 edition promises to be truly extraordinary. In fact, the industry expects that more than 25 percent of the adult population in the U.K. will place a bet on it. Of course the bulk of those bets won’t win. The Grand National is notoriously unpredictable, and in the last century, no fewer than five 100:1s have cleared its legendary fences and taken the prize.

Today is the last day you can receive free bets from the popular sports sites. Once the Grand National begins on April 7th, most of the online sportsbooks remove their free bet promotions! If you would like to bet on the Grand National, you should open an account today and place at least some of your bets to qualify for some of the available welcome bonuses.

Day One Races — Three to Watch

Each day features seven races. The opening day has a good mix of races and serves well as an introduction to the series. For many, the highlight of this day is the Betfred Bowl.

Twelve months ago it seemed that Don Poli was the clear favourite for this event, but much has changed in a year. Cue Card is far and away the favourite, and barring some unusual circumstances, that’s not likely to change anywhere. Nevertheless, there’s still some money to be made here if you include Cue Card and Don Poli in the right trifecta.

The Aintree Hurdle is the other big race on opening day, and this one promises to be a lot more competitive. There are easily four horses and probably more that can take home the crown. A lot of people are understandably bullish on Annie Power after winning the Champion Hurdle. Nevertheless, no horse this century has ever won both, and Nichols Canyon, My Tent Or Yours and The New One all seem poised.

Hardcore race fans will tell you that this is the best race of the day, and if you really love racing, it’s tough to argue. There’s a lot of young talent here, and the field is highly competitive. Nevertheless, there’s certainly some opportunity here for bettors confident in the top of that field.

Friday is Ladies Day at the Grand National and certainly not to be missed because of that. The racing matters this day too, and all eyes will be on the Topham Chase this year.

The Topham Steeple Chase promises to be the highlight of day two. Not only does it feature some of the best racing on a technical level, but it’s one of the most exciting races from a betting perspective. The odds are punter-friendly, and if you have a horse you’re bullish on, like Village Vic or Empire of Dirt, you can walk away with a sizable payday if you follow through on that feeling.

Another interesting race on day two is the Top Novices Hurdle. You get some of the best hurdlers from Liverpool, including many who participated in the Supreme Novices Hurdle at the Cheltenham Festival. The field hasn’t been finalized yet, but this is always a great one to watch and a great in terms of the betting opportunities available to the savvy punter.

Another fan favourite, the Melling Chase brings out the top two-mile chasers. This race has historically been a showcase for the stars of the future. This year, there are some really attractive betting options, including Vautour, who’s the favourite and recently won the Ryanair Chase at Cheltenham. Others to watch include Al Ferof and Vroum Vroum Mag.

This is the day everyone has been waiting for, and these seven races this day will be televised to more than 600 million people throughout the world.

This is the big one. Keep in mind that the trend has been for the prices to contract on the day of the races. That means that you want to get your bets in early on this one. Get them in before day one even if possible. Most believe that Many Clouds is going to walk away with the title again, and that’s a solid bet, but Silviniaco Conti, The Last Samuri and other options are attractive to.

This is the race that concludes the event. Because of that, it tends to be the opposite of the Grand National. Odds are in flux because winning gamblers from the Grand National flaunt their winnings and losers tend to compensate. Pay close attention to this one up until the closing moments. The unpredictable action always ensures some big and enticing possibilities.

This is an interesting race because it involves Wonderful Charm, a horse that is dropping down in class. This is far from a disgraced horse. This one still has a lot in the tank but is simply ready to move on. It’s a horse that casuals may overlook but one that we think is one of the easiest picks of the three-day period.

The matchup between Many Clouds and the top of that Grand National field promises to be electric. The Druids Nephew is a horse that has a shot to win it all and probably isn’t getting enough respect from the average punter, which is why its sitting there at those second-tier odds. Empire of Dirt and Village Vic are another marquee matchup not to be missed, and we really like those two in an each-way bet.

Each-way bets are among the most popular bets at an event like the Grand National. These bets have the skill element that cater to experienced punters but also the simplicity and big payouts that the casual audience loves. Other popular bets are Pick 3s, which have you pick the winner in three consecutive races. For bets like that, avoid the big unpredictable races. The top three races on opening day, for instance, are an ideal time to try your hand at a bet like this.

Click here to visit Ladbrokes and place your bets today!

Read more about the available bonuses at Ladbrokes here.